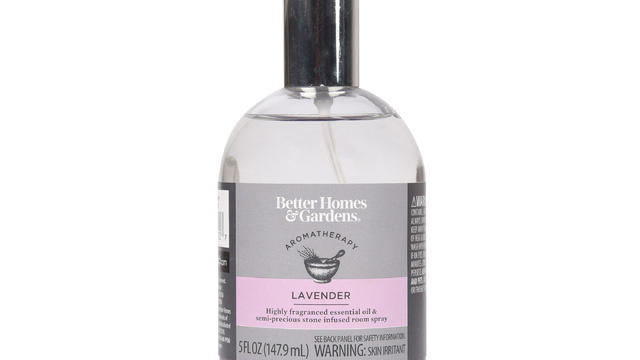 Walmart is recalling room spray sold nationwide due to the possible presence of what federal regulators called a “rare and dangerous” bacteria that is linked to two deaths, including a child.

The retailer sold about 3,900 bottles of Better Homes and Gardens-branded-Essential Oil Infused Aromatherapy Room Spray with Gemstones in six different scents, according to a recall notice posted Friday by the Consumer Protection Safety Commission.

The Centers for Disease Control and Prevention tested a sample of the product this week and found it contained the bacteria Burkholderia pseudomallei, which causes melioidosis, a rare but serious disease with about a dozen cases reportedly annually in the U.S.

The recall comes two months after the CDC warned the bacterial disease had caused two deaths and urged doctors to be on the lookout for more cases.

Consumers are urged not to use — or even open— the recalled spray. Instead, they are advised to wear gloves and double bag the bottles in zip-top clear resealable bags, which should be placed in a small cardboard box and returned to a Walmart store for a refund. The company is also offering a $20 Walmart gift card for customers who return the product.

Any surfaces or fabrics that may have been sprayed with the product would be wiped down or washed.

The five-ounce glass bottles of room spray, which retailed for about $4 each, were sold at about 55 Walmart stores and online from February through October.

Walmart has stopped selling the product, which was made in India and sold with a pump spray nozzle in the following scents and product numbers:

Most cases of melioidosis occur in people who live in or have traveled to areas where the bacteria naturally occurs, such as parts of Asia and Australia, as well as occasionally in Brazil, Mexico and Puerto Rico. It causes a wide range of symptoms that can be confused with other common illnesses, like flu or a cold, according to the CDC.

The bacteria detected in the bottles is the same type that sickened four people earlier this year, with one of the recalled sprays found October 6 in the home of a Georgia resident stricken with melioidosis in late July, according to the agency. The CDC is conducting tests to determine if the genetic fingerprint of the bacteria in the bottle matches those found in three other patients, the agency said Friday in a statement.

“Our hearts go out to the families that have been impacted by this situation,” Dr. Inger Damon, director of CDC’s division of High-Consequence Pathogens and Pathology, which manages melioidosis, said in a statement. “Our scientists have continued to work tirelessly to try to find the potential source for the melioidosis infections in these patients. We hope this work can help protect other people who may have used this spray.”

The U.S. Department of Defense in June awarded a $3 million contract to the University of Hawaii at Manoa’s School of Life Sciences to develop a vaccine for melioidosis, which experts say can be a potential bioterrorism threat.