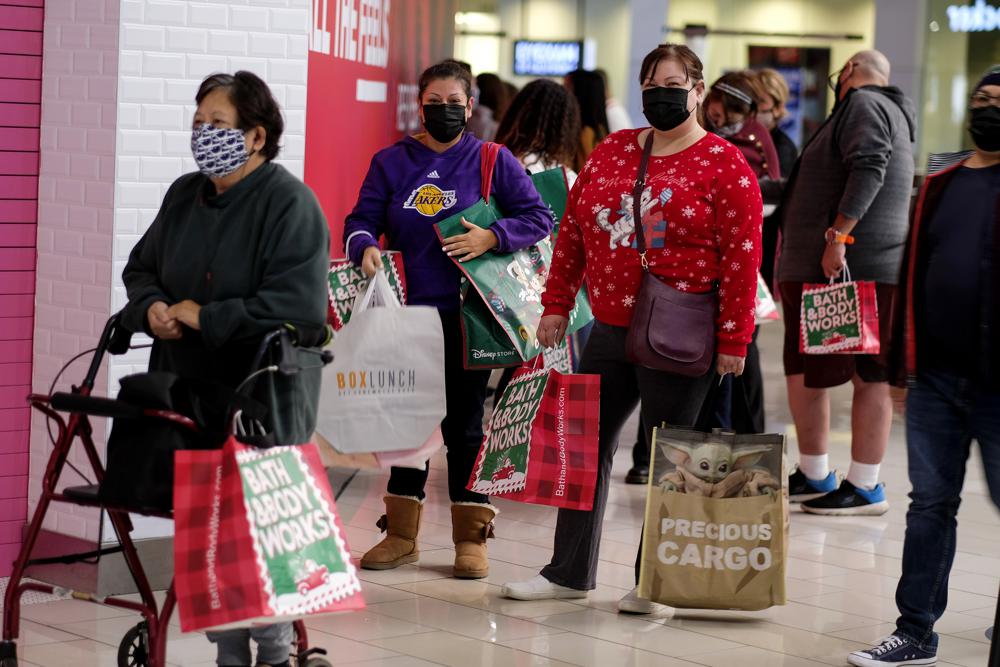 Buoyed by solid hiring, healthy pay gains and substantial savings, shoppers are returning to stores and splurging on all types of items.

But the big question is: How much will supply shortages, higher prices and staffing issues dampen their mood this holiday season?

Americans, already fatigued with pandemic-induced social distancing policies, may get grumpy if they can’t check off items on their holiday wish lists, or they may feel disappointed by the skimpy holiday discounts. Exacerbating their foul moods is the fact that many frustrated workers called it quits ahead of the holidays, leaving businesses short-handed during their busiest time of the year.

Shoppers are expected to pay on average of between 5% to 17% more for toys, clothing, appliances, TVs and other purchases on Black Friday this year compared with last year, according to Aurelien Duthoit, senior sector advisor at Allianz Research. TVs will see the highest price spikes on average, up 17% from a year ago, according to the research firm. That’s because whatever discounts available will be applied to goods that are already expensive.

Such frustrations could mute sales for the holiday season that are supposed to break records.

The National Retail Federation, the nation’s largest retail trade group, predicts holiday sales will increase between 8.5% and 10.5% compared with the 2020 holiday period when shoppers, locked down during the early part of the pandemic, spent their money on pajamas and home goods — mostly online. Holiday sales increased 8.2% in 2020.

Jill Renslow, executive vice president of business development and marketing for Mall of America, the nation’s largest mall, expects customer counts on Black Friday to be close to the 2019 levels and said its store tenants are seeing “power shopping” earlier in the season. But she acknowledged the mall’s tenants have struggled with staffing and, as a result, the center will open two hours later and close one hour earlier on Black Friday.

“They (retailers) are doing everything they can to deliver a good guest experience,” Renslow said. “But consumers are going to need to be patient and know that the lines may be a little bit longer.”

Still, don’t discount the resilience of shoppers who have shown signs they want to celebrate the holidays after muted celebrations last year.

Kathleen Webber, a 58-year-old college professor who lives in Yardley, Pennsylvania, said she’s going back to having big family gatherings for the holidays and will be buying more gifts after spending the holidays last year with only her husband and three children.

“Everybody is so happy to be together, and so we want to celebrate,” said Webber, a big online shopper. But the fear of shortages is pushing her to finish holiday shopping by the end of next week; usually, she would wait until Dec. 21 to finish her online buying.

Retailers have also proven to be resilient.

When the pandemic forced non-essential stores to shut down for several months during the spring of 2020, pundits feared the death of department stores and apparel chains. A number of iconic retailers that were already struggling reorganized in bankruptcy, including Neiman Marcus, J.C. Penney and Brooks Brothers. Meanwhile, big box retailers like Walmart and Target that were allowed to remain open only got stronger.

But many retailers have rebounded to a healthier financial state since then. The percentage of U.S. retailers that defaulted on their debt soared 20% last year, compared to 6% for all corporate issuers, according to S&P Global Ratings. This year, it’s less than 2%.

Store closings have also leveled off, a reversal of the bleak picture in 2020. Coresight Research, a global research firm, says retailers in the U.S. have announced 5,057 store closures for the year, but the number of store openings is 5,103 as of November 19. Coresight Research predicted in June 2020 there would be as many as 25,000 store closures last year but in reality, the number was just over 8,000.

The companies that were able to survive the pandemic were also the ones that were able to quickly pivot. Many switched their offerings from dressy clothing to casual wear and department stores like Macy’s that never provided such services as curbside pickup suddenly launched them. Others got rid of their money-losing locations.

Some of the changes that were introduced in 2020 out of necessity appear to be here to stay, including offering big holiday discounts earlier in October to smooth out peaks in online ordering, and doing away with Thanksgiving Day store shopping and moving customers online instead for deals.

And while the pandemic-induced clogs in the supply network have reduced inventory needed to satisfy shopper demands, such shortfalls have also proven to be a silver lining. Leaner inventories have brought back some pricing power to retailers who’ve been locked in a vicious cycle of discounting for years. Such non-stop promotions have eaten away profits.

“Even with the increased labor costs and increased supply chain costs, retail earnings have been quite good,” said Ken Perkins, president of Retail Metrics LLC, noting that when the pandemic hit, it looked like the “sky was falling and retailers would never see a profit again.”