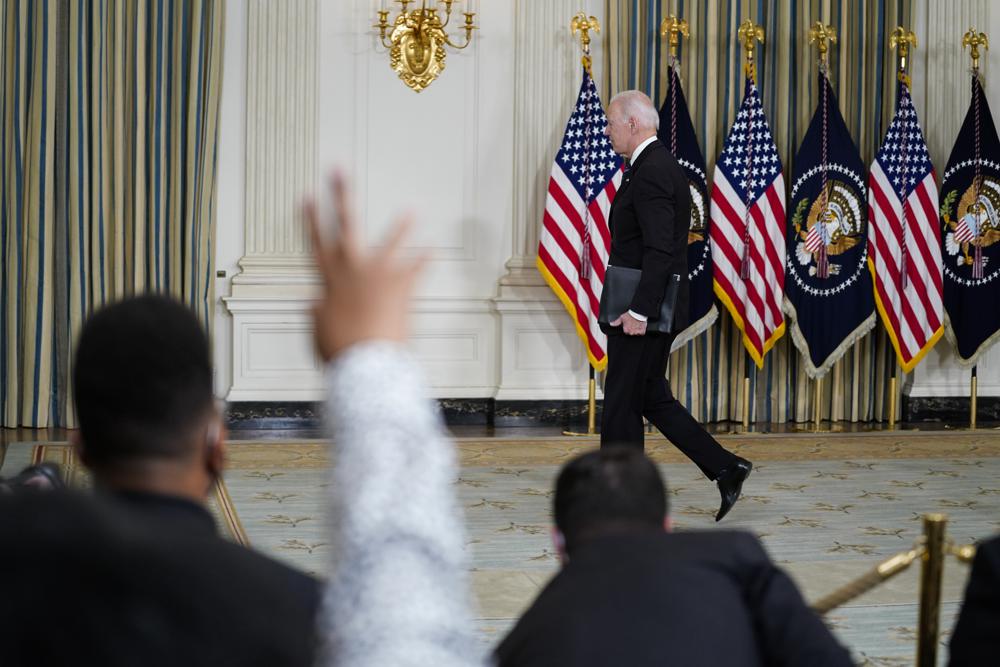 Thirteen Republicans voted to pass the infrastructure bill, while six Democrats voted against it. The House floor erupted in cheers upon the bill’s passage.

Watch Biden’s remarks by clicking on the link or in the player below.

A White House official confirmed Mr. Biden and Pelosi talked after the vote, and they spoke at least four times Friday as they coordinated and made many calls to members throughout the day.

The House also passed a rule on the Build Back Better bill that will allow for a vote on that bill later this month. Democratic leadership had initially hoped to pass both bills Friday, but internal disagreement halted that plan. Progressives have been threatening to tank the infrastructure bill without passing the Build Back Better Act, while moderates have been threatening to not vote for the bill without further assurances that it will be fully paid for and won’t hurt the economy.

Shortly after 10 p.m., several House moderates released a statement saying they would vote for the Build Back Better Act in its current form once they receive more information from the Congressional Budget Office. Their statement was meant as an assurance to progressives, who want to make sure the social spending bill also passes. Soon after, Congressional Progressive Caucus Chair Pramila Jayapal released a statement saying progressives would back the infrastructure vote given the commitment from moderates.

“Tonight, members of the Progressive Caucus and our colleagues in the Democratic Caucus reached an agreement to advance both pieces of President Biden’s legislative agenda,” Jayapal said. “Our colleagues have committed to voting for the transformative Build Back Better Act, as currently written, no later than the week of November 15. All of our colleagues have also committed to voting tonight on the rule to move the Build Back Better Act forward to codify this promise.”

The two pieces of legislation encompass the bulk of Mr. Biden’s legislative agenda, and a senior White House aide said late Friday the president was “in the residence with his policy and legislative teams making calls and staying in close touch with leadership and members.” Many Democrats have long wanted the president to use the power of his office to push members to vote.

Hours earlier during remarks on jobs, the president asked “every member of the House of Representatives to vote yes on both these bills right now.”

If the House passes the Build Back Better Act, which would broaden the social safety net and combat climate change, it’s not clear yet what its fate will be in the Senate. This week, the House restored paid family and medical leave, a proposal that was in the original framework but was removed under pressure by key Democratic Senator Joe Manchin. While he says he supports paid leave, he doesn’t think it belongs in a bill that will be passed through reconciliation with only Democratic votes, as Build Back Better will be.

Manchin has also demanded to see further details about how the social spending bill will affect the debt and inflation before supporting it. His other criticism of the legislation is that it contains 10 years of revenues but in some cases is funding programs that will end in one to six years — “that’s not the true cost,” he told MSNBC Thursday.

The reappearance of paid leave is not the only major addition to the bill. The latest version also increases the cap on the deduction of state and local taxes (known as SALT) from $10,000 to $72,500 (or $36,250 in the case of an estate, trust or married individual filing a separate return), and extends the higher cap through 2031, instead of 2025. Another provision of the bill would allow undocumented immigrants who arrived in the U.S. prior to January 1, 2011, to apply for a legal classification known as “parole,” which would shield them from deportation and grant them work permits.

The votes for both bills come on the heels of a sobering loss for Democrats in Virginia, where Republican Glenn Youngkin prevailed in the governor’s race in a state Mr. Biden won by 10 points just a year ago. Democrats also came close to losing the governorship in heavily Democratic New Jersey.